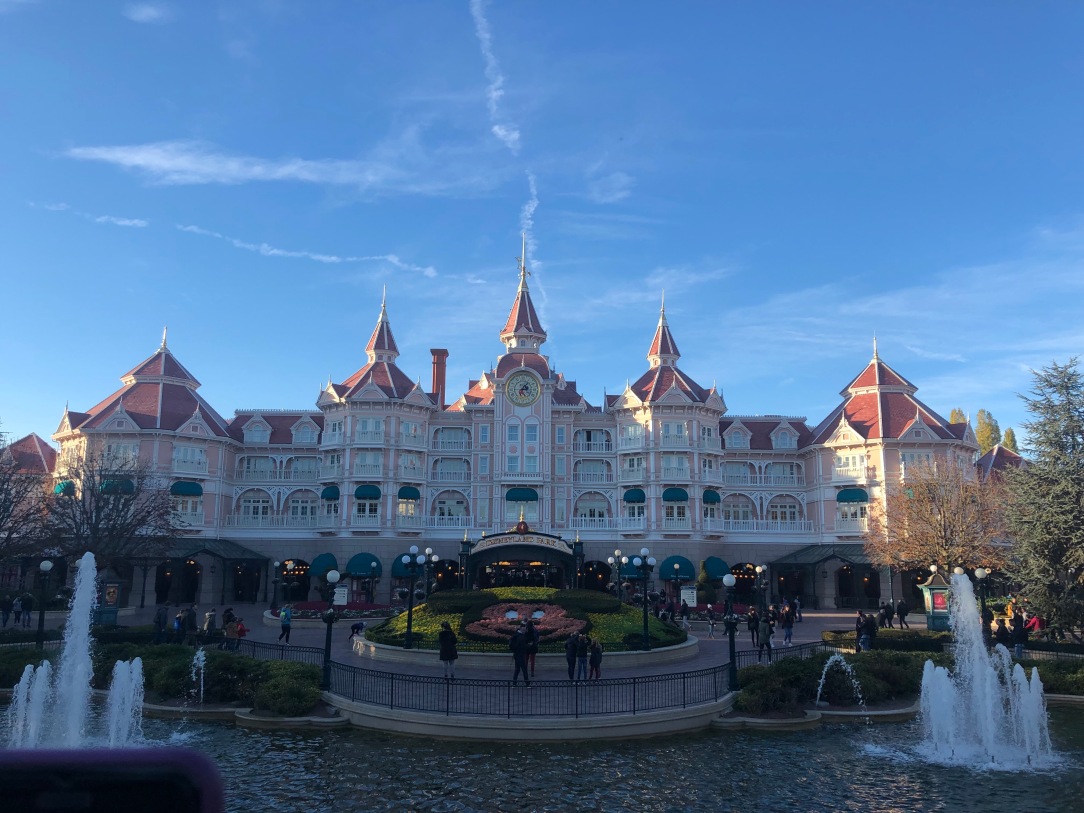 I thought it would be appropriate to end this Disneyland Paris mini series with something a bit different to my last few blogs – a ‘ten top tips’ blog for Disneyland Paris. I know when my friend and I got to Disney we were so determined to get as much done in the 2 full days we had in the parks (and we were very successful if I do say so myself). I think the way we planned our trip massively impacted on how much fun we had! So if I can help make your trip as good as ours, then it’s a win-win situation!

I thought it would be appropriate to end this Disneyland Paris mini series with something a bit different to my last few blogs – a ‘ten top tips’ blog for Disneyland Paris. I know when my friend and I got to Disney we were so determined to get as much done in the 2 full days we had in the parks (and we were very successful if I do say so myself). I think the way we planned our trip massively impacted on how much fun we had! So if I can help make your trip as good as ours, then it’s a win-win situation!

I believe this is the most important tip of all, especially if you’re only at the Resort for a couple of days like myself and you don’t want to spend excessive amounts of money on fast passes. You still want to make the most out of your tickets, right? I know some people world say that planning isn’t necessary, which it isn’t to be totally honest. However, I personally would recommend sitting in your hotel room the night you arrive with a map of the parks and draw up a list on your phones of each area of the park and the rides you want to go on. Then you will be super organised! It meant for me the parks were more enjoyable as we knew where everything was and what we wanted to get done. We went into full organisation mode – the list was even written in the order we wanted to do each ride for the most effective route around the park, fitting everything in. Travelling with someone who is just as much of an organisation freak as yourself helps a lot if you like to plan!

Because we arrived at about 4pm on the first day, we made the most out of the park access for that evening and did some shopping in the Disney stores, as everyone loves and needs exclusive merchandise! This meant we had the whole weekend free for wondering around the parks and fitting in all the rides we wanted to go on. Confession – I spent far too much money on things I probably didn’t need, but there was so much Disney merchandise that just looked too cute to leave behind.

… if you want to have time to escape the crazy chaos and sit down for 5 minutes. Booking was especially important for us as neither of us eat meat, which naturally limits the options in a franchise such as Disney. Before we went, we spent time exploring the different restaurants available to us on our meal plan (we booked in all inclusive style stay – meal plan, hotel and park tickets in one). Some restaurants were already booking up fast and we booked a month in advance – so preparation is key! There were a lot more non-meat choices than I expected too which is always a good thing.

Top Tip Number 4: Have breakfast in the most convenient location for the day!

The paperwork we got given didn’t make it very clear that we could get breakfast in more than one restaurant in the park. Turns out on further research that there were restaurants much closer to Walt Disney Studios that provided breakfast, which meant we could get to the Studios for opening time and made the most of our time! That extra bit of research and question asking really helped – especially as the concierge service in the hotel we stayed at were so helpful!

When we were booking, we knew we wanted to stay in a hotel on site, ideally one which was within walking distance of the parks. For us, Disney’s Hotel New York was the best choice, simply because it was the next closest to the parks after the main Disneyland Hotel, but was considerably cheaper than the Disneyland Hotel and had a 20% off deal which included ‘plus meal plan’ passes. We could have saved more money by staying further away from the parks, but being so close was just too convenient to miss out on.

Top Tip Number 6: Use the train from the airport to get to the Resort!

This was the one mistake we (it was actually my fault) made. We used the ‘magical shuttle bus’ for our airport transfers. This was much more expensive than the trains and in hindsight was not worth the money, as both journeys had traffic delays and the bus stops at every hotel, which is irritating after a day of being stuck inside airports or travelling and your hotel happens to be the last one on the list. If I were to go again, I would definitely use the trains, as a train station is situated within the airport, making it super easy to get to and from the resort. Mistake made and lesson learned! If you’re travelling Eurostar, the station is literally right next to the bus terminal and the park entrances which is super convenient too.

Top Tip Number 7: Watch the fireworks display over the Castle!

This is like no other firework display I have seen or probably will ever see again. I know I rambled on about it in the blog about Disneyland Park (go check it out if you haven’t already), but it’s because it’s such a perfect display. If you love Disney music, fireworks and being surrounded by people in awe of the show they’re watching, then this one is for you. We said we would watch it one night in the time we were there. After watching it on the first night, we then went every night of our stay. Yes that’s right, we stood around in temperatures of -4 degrees celsius and watched the exact same firework display 3 nights in a row. But because you don’t stand in the same position each time, you see parts of the show that you missed before, so it almost feels like a new display each time. Rant over – just go watch it!

Top Tip Number 8: Get to the Castle early for the Daily Parade!

This may sound like an obvious tip, but honestly you don’t realise how quickly and how early the pavements will fill up with people sitting and waiting for the parade. When we were there, it started at 5pm. By 4pm the front row spots were already taken. Also, be wary of the people around you. Not everyone is feeling the Disney magic and some feel like they are more entitled than everyone else to a good view. It may seem like another long wait for something, especially when you have been queuing all day, but trust me it is worth the wait, and the crowds!

Top Tip Number 9: Be prepared to queue 60+ minutes for the best rides, even in off peak season!

If you turn up with the mindset that you will be queuing for a large amount of your day, the whole experience is more bearable. My advice would be to do something such as download a multiplayer game on your phone – something I wish we had done. Some people were even reading books while they waited! Bring something easy to carry around that will help pass the time. Also, snacks are a must. The number of people around you in the queue that will be eating makes you hungry. Queuing is so much easier if you’re not hangry! Also, don’t be disappointed when you queuing outside for 30 minutes, get into the building and think you’re at the front of the queue, and then realise there is another long queue ahead of you inside. Disney are the masters of fitting as many people as possible into a small space for queuing. The lines go in directions that make you feel as if you’re going backwards rather than forwards. But like I said, go in with the mindset of queuing for a long time, and some rides will pleasantly surprise you with the lack of waiting time. Always turn that negative into a positive!

Sharing a bag made our lives so much easier. I know it sounds stupid, but those queues felt much easier when you didn’t have to worry about a bag. Also, the prolonged periods of standing around were made easier without a bag on your back. Another piece of bag advice, bring a bag that has a strap that you can hook around your ankle on those rollercoasters – it stops your bag from flying out when you’re upside down or being thrown around. My friend and I are both paranoid about our phones, so having a secure bag to throw them into rather than leaving them in an open pocket made the rides much more enjoyable.

Hopefully, these tips will help if you’re travelling to Disneyland Paris. If they do, leave me a comment and let me know which ones helped you! If anyone has any other top tips, leave a comment down below and maybe we can all help each other have the best experience possible.

View all posts by Harriet Imogen

This site uses Akismet to reduce spam. Learn how your comment data is processed.

Next Adventure9th Aug 2019
On my travels!